Mr. Petar Dragojlović lives and works near Bijeljina, in the village of Amajlije, where he inherited his family’s business of cattle breeding.

Back in 1980 he started with cattle breeding and still has the same passion for this type of business. The Dragojlović household now has 15 heads of cattle, mainly from abroad. His experience and practice so far have confirmed that his choice of foreign breeds was justified as they ensure higher yields than the domestic ones. Cattle breeding also enables them to sell milk to Agrosemberija, which makes additional profits for the Dragojlović household.

In order to add value to his business and make it more lucrative, Petar decided to continuously purchase land on which he produces his own silage instead of buying it elsewhere. Great dedication, resourcefulness and perseverance are, according to Mr. Dragojlović, key elements for success in this and any other farming business. His love of animals, as he likes to say, is immeasurable, and it is proven by the fact that it often happens that he spends hours looking at the process of feeding and behaviour of cattle.

As early as 1983, Mr. Petar began purchase of machinery with the use of loans, because the quality machinery takes a lot of resources that is much easier to repay in instalments, than all at once. He still uses the same practice of buying with loan funds because he says that without machinery he would not be able to produce the necessary amount of food, which he sells in order to generate revenues for his family and for further development and stability of the business. 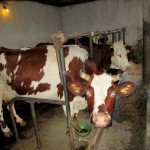 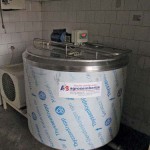 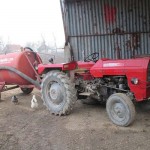