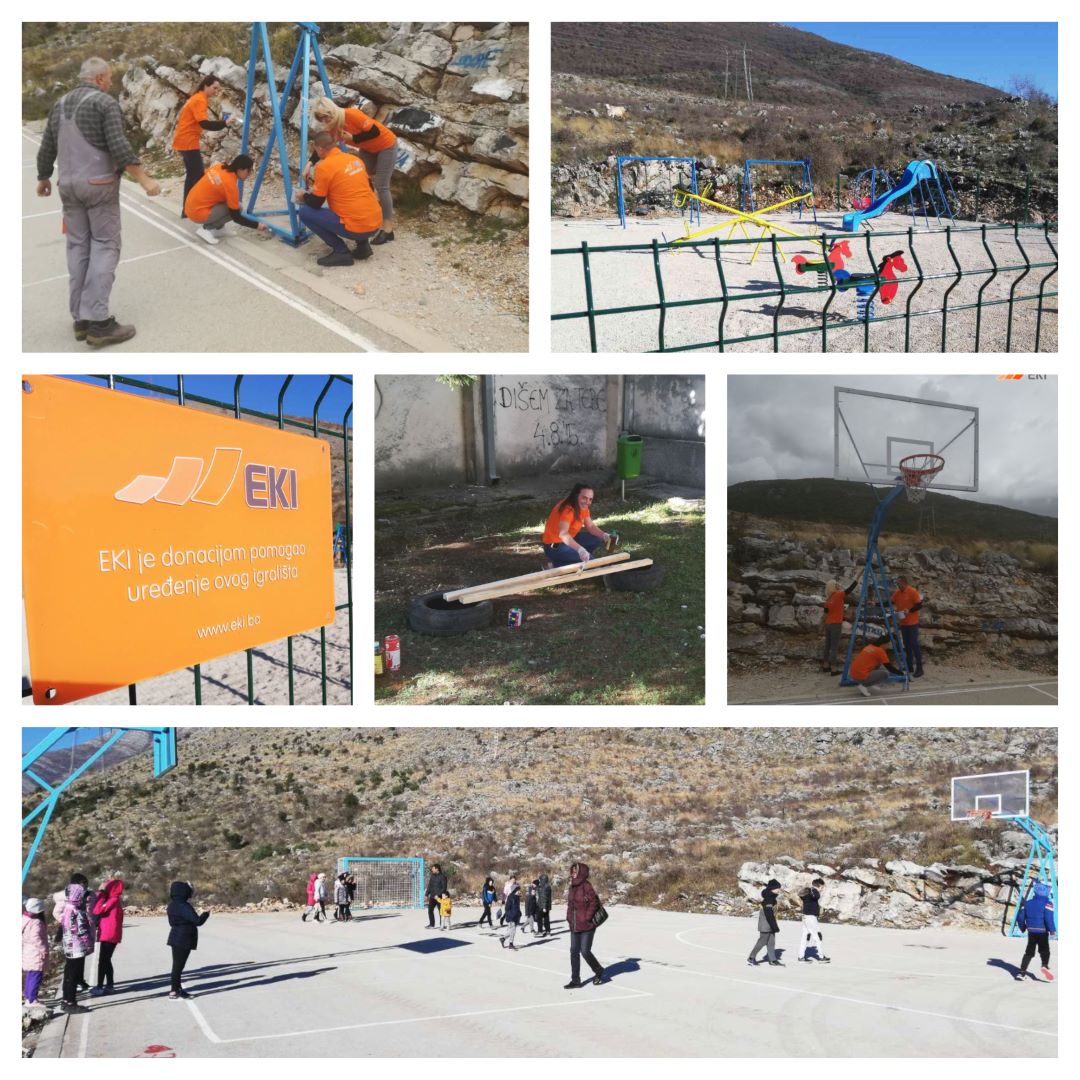 At the end of last year, EKI Trebinje, together with the City of Trebinje and Local Community Banjevci, participated in the project of reconstruction and equipping of the children’s playground and stadium in this local community.

The residents of Local Community Banjevci, along with their youngest residents, for whom this donation was primarily intended, came to aid in this landscaping action and joined the orange EKI team. So far, slides, swings and seesaws have been set up for the little ones. The stadium got a fence, benches and the existing goals and baskets were reconstructed. The enthusiasm and joy of the children from this settlement could not be expressed in words. In this way, Local Community Banjevci and the city of Trebinje got a complete children’s playground that will be used not only by the youngest residents of this local community, but also by children from the city and surrounding settlements, as well as sports clubs’ members who want to train outdoors.

As part of the same EKI Project “EKI in the Community”, the school yard of the Primary School “Petar II Petrović Njegoš” in Bileća was renovated. By donating and setting up new houses with a slide, swings, and by painting benches, the school yard of this school got a completely new, nicer look and functionality, and the youngest students got their own area to play at. 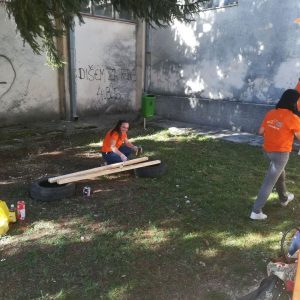 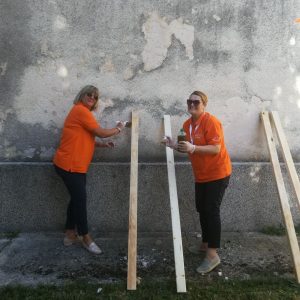 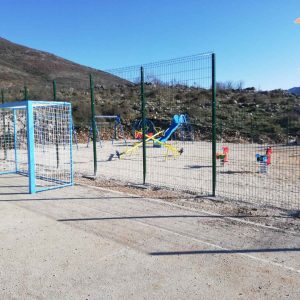 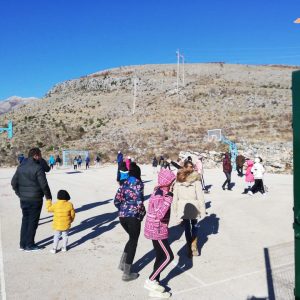 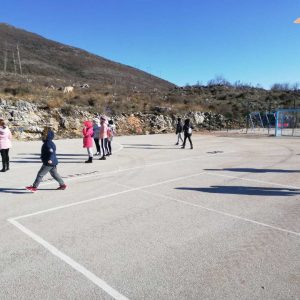 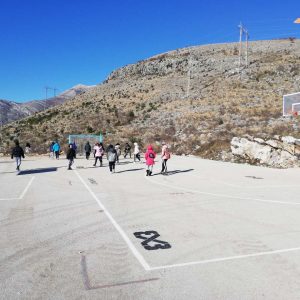 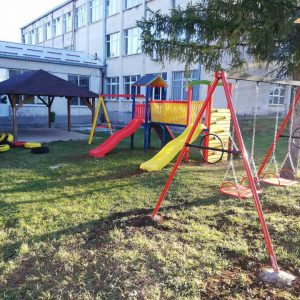 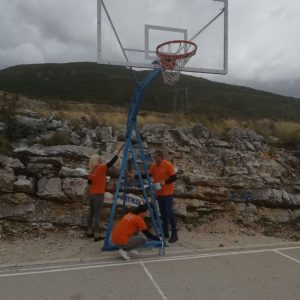 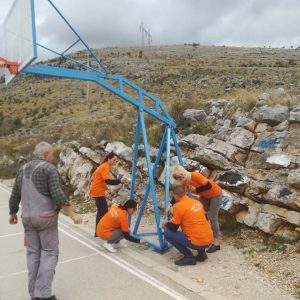